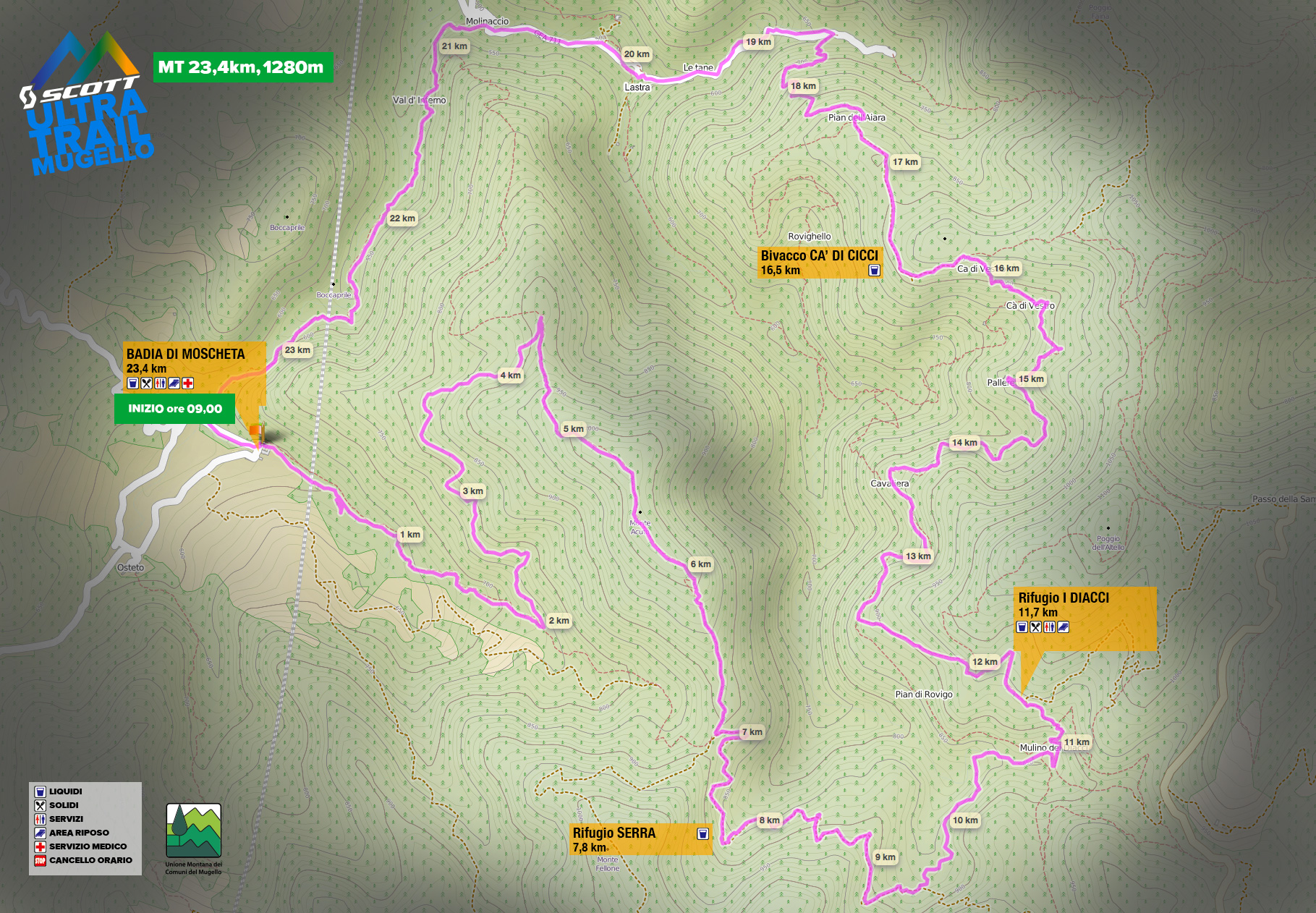 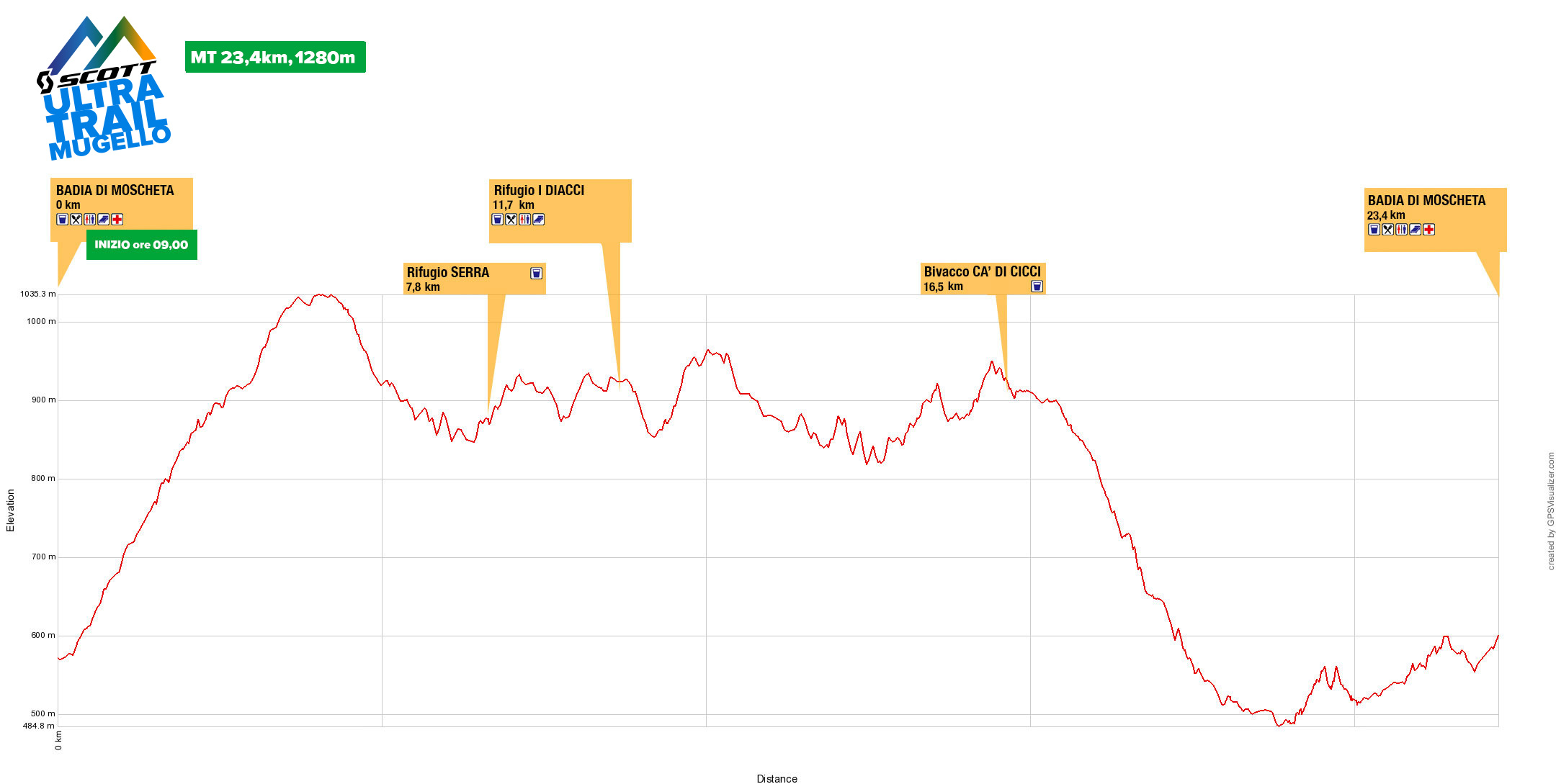 The Mugello Trail: Located in one of the most beautiful parts of our district, the starting line will be at the Badia di Moscheta.

The race begins with a climb of about 3.5 km, located in beautiful forests surrounding the ancient Badia. Once you reach the quaint hamlet of Giogarello, you’ll traverse a beautiful ridge that leads you to the Monte Acuto 1055m. From this sunning panorama you’ll descend 1.5 km and pass the Serra Shelter, the first of seven shelters on the racecourse. This is also the location of the junction between the UTM and MT racecourses.

The Mugello Trail continues along the forest road of the Cagna Morta, and then descends a beautiful single track through beech forests for roughly 3 km. At this point, you’ve reached the Molino di Diacci where you’ll need to ford two times, paying very close attention.

Here the landscape changes, with the terrain becoming more rugged and rocky. Nestled in these unique rock formations is an enchanting waterfall called Dell’Abbraccio (“The Embrace”), through which the athletes must pass. Then you climb again a little more that a half kilometer, to arrive at the I Diacci Shelter. Leaving it behind, you’ll take a path which contours the mountain with a beautiful series of ups and downs, and eventually leads you to the Val Cavaliera (“Knight’s Valley”). This just might be the wildest stretch of the Central Apennines. High on the valley walls are breeding nests of the rare golden eagle. The route passes near the bivouac of Ca Di Cicci, passes the abandoned village of Pian dell'Aiara, and descends towards the Rovigo river valley, where participants will carefully wade across to enter the Valle dell’Inferno (“Hell’s Valley”). At this point, you are almost at the finish, but you can’t lose concentration. This charming single track is insidious because it almost always wet, with slick rock surfaces on a considerable cliff overhaning the valley. Once you leave the Valle dell’Inferno, just 500 meter separate you from the finish line at the ancient Badia from which you started.

Keep in touch and stay updated about Ultra Trail Mugello